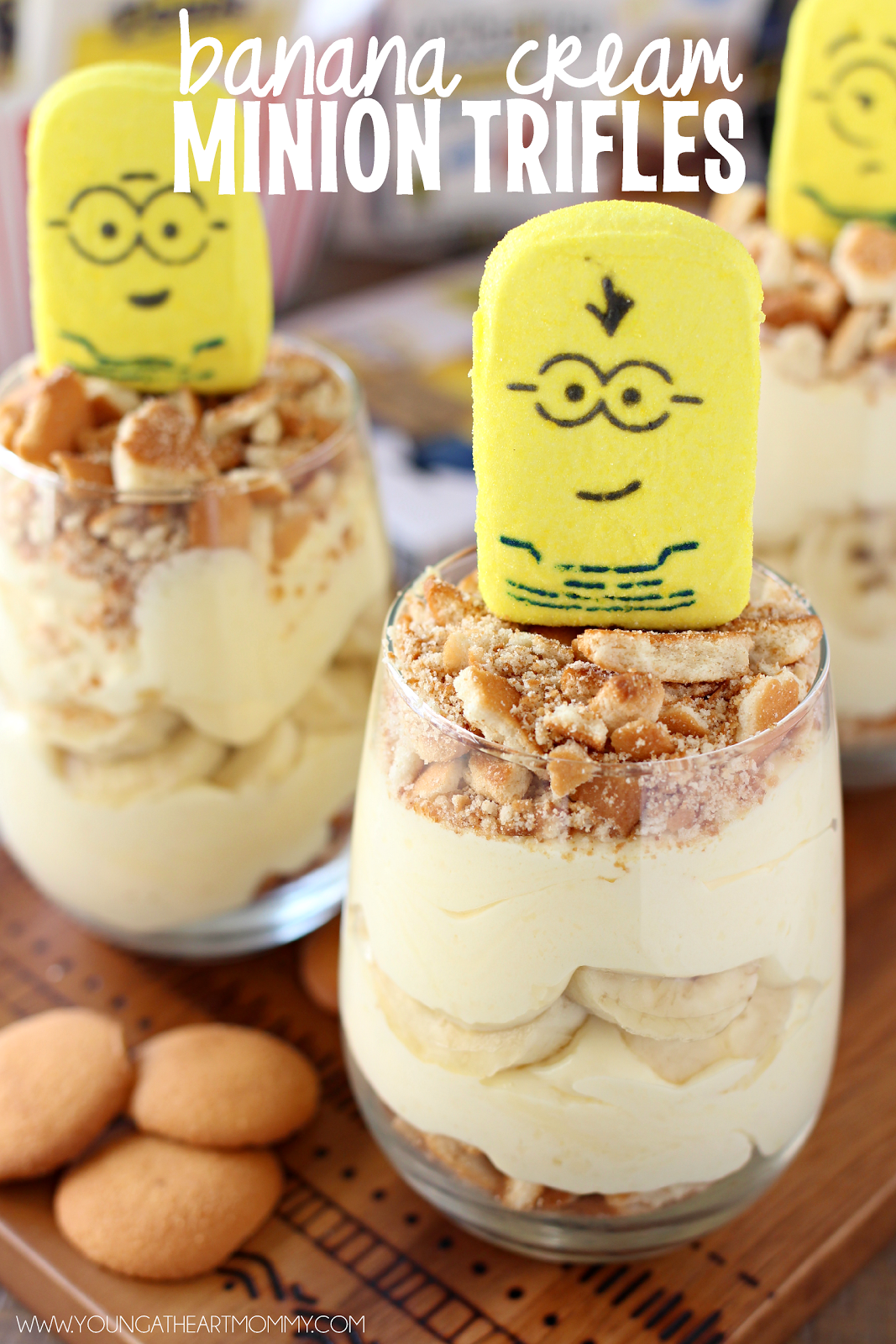 The holidays can be hectic but that doesn’t mean that it’s impossible to decompress and minimize the stress that the season brings. After the shopping is done and the presents are wrapped, it’s time to kick back and relax with family. During the month of December we always make sure to put a little time to the side for a family friendly activity that we can all enjoy together. Usually this is in the form of a movie night in, snuggled up on the couch and watching a funny flick. This year the Minion movie was released on DVD & Blu-ray just in time for Christmas so we set up a mini watch party to build up the anticipation for Santa’s arrival. A little reindeer told me he loves those banana-lovin’ twinkie shaped creatures as much as we do. To sweeten up movie night I made Banana Cream Minion Trifles featuring the adorable PEEPS® Marshmallow Minions.

My friends at PEEPS® sent me the cutest Minion movie night package for us to enjoy. It couldn’t have arrived at a better time because our elf, Jewel, was here to surprise Toodie with the PEEP-tastic goodies after school. What a fun way to start the weekend! 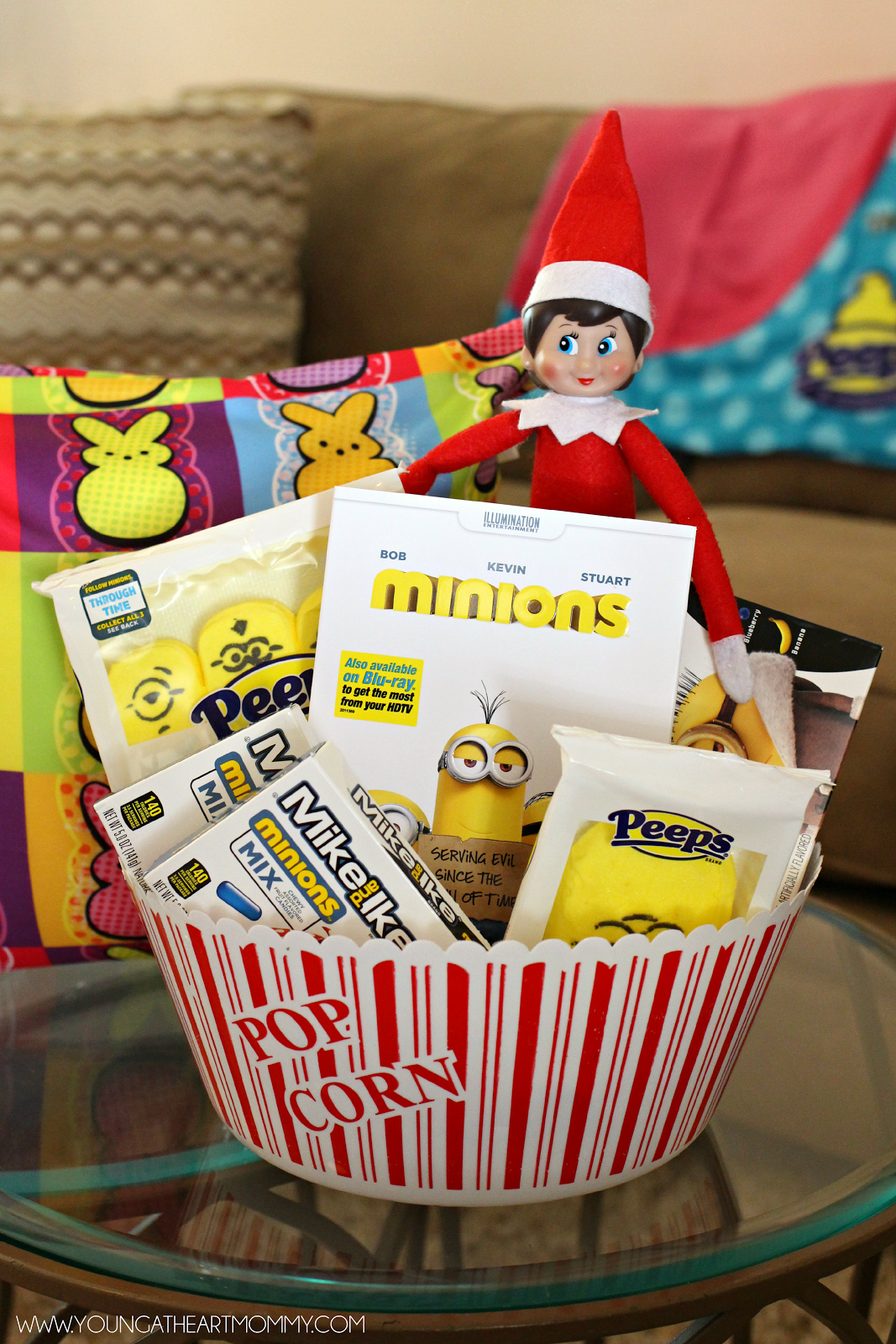 My PEEPS® package included a gift card for pizza, a PEEPS® tumbler, the softest PEEPS® blanket, a colorful pillow covered in PEEPS®, and a bunch of sweets to snack on during the movie. Here’s more about the available PEEPS® products featuring the Minions.

PEEPS® Marshmallow Minions: To honor the PEEPS® Minions taste testers, for the first time ever PEEPS® has created a Minion-shaped marshmallow reflecting their fun PEEPSONALITY®. Fans can also enjoy limited edition comics on the back of the packaging made exclusively for PEEPS® by Universal Studios filmmakers.

MIKE AND IKE® Minions Mix: In honor of the success of the Despicable Me movie franchise and holiday DVD release, MIKE AND IKE® has debuted a limited time only offering of MIKE AND IKE® MINION MIX.  This fun variety comes with three different designs on pack – making them a collectible item for every Minion lover. Made with real fruit juice, fans will enjoy the sweet and tasty goodness of Blue Raspberry and Banana flavors. 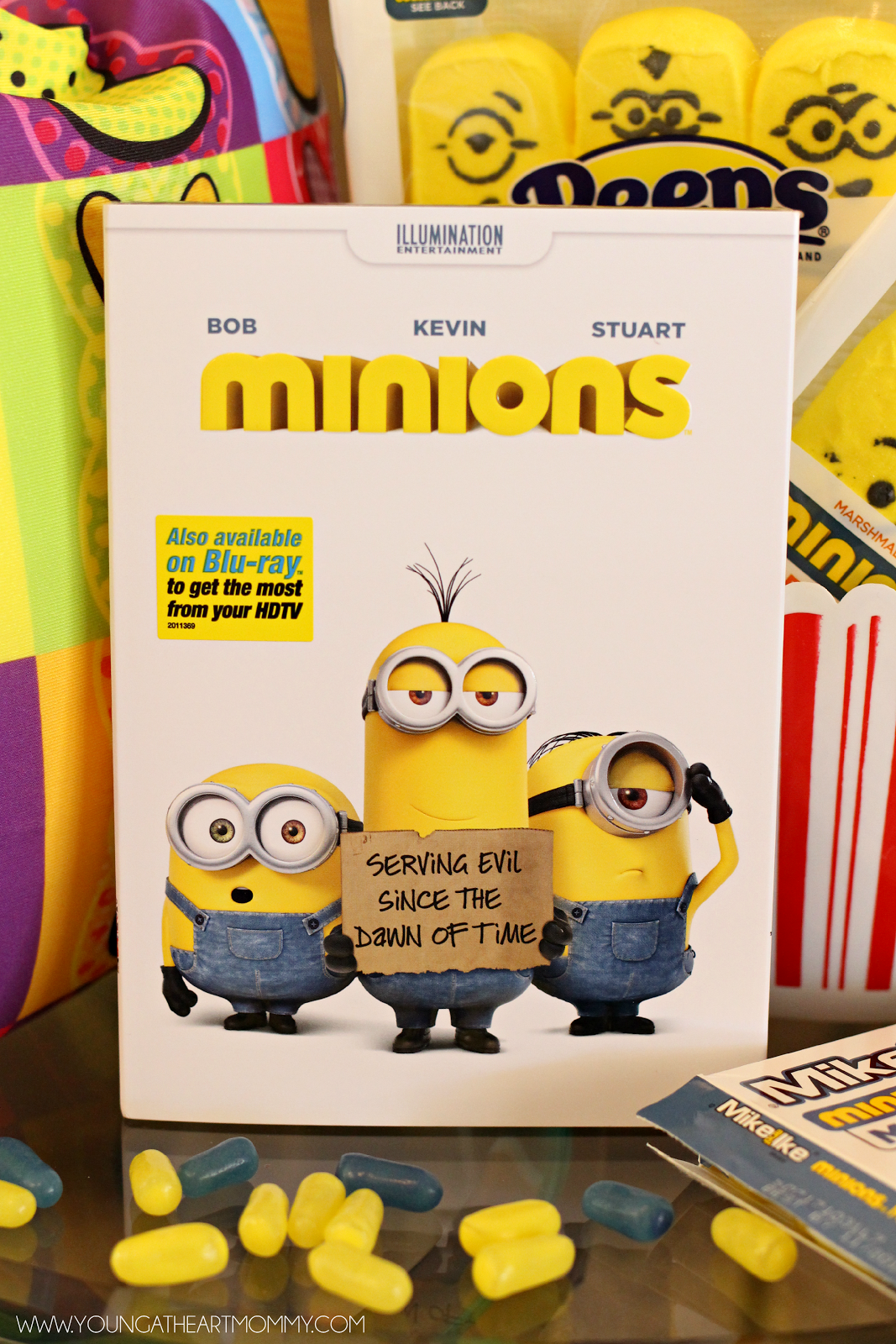 After seeing the Minions in theater last summer, we have been awaiting its arrival on DVD. This prequel of the popular Despicable Me film is full of goofy moments and giggles, making it a family-friendly flick for all to enjoy. These mini yellow dudes may speak in gibberish but you somehow find a way to understand what they are communicating and it’s hilarious! Grab a bucket of popcorn, box of MIKE AND IKE® Minions Mix, and a Banana Cream Minion trifle for a cozy movie night at home. 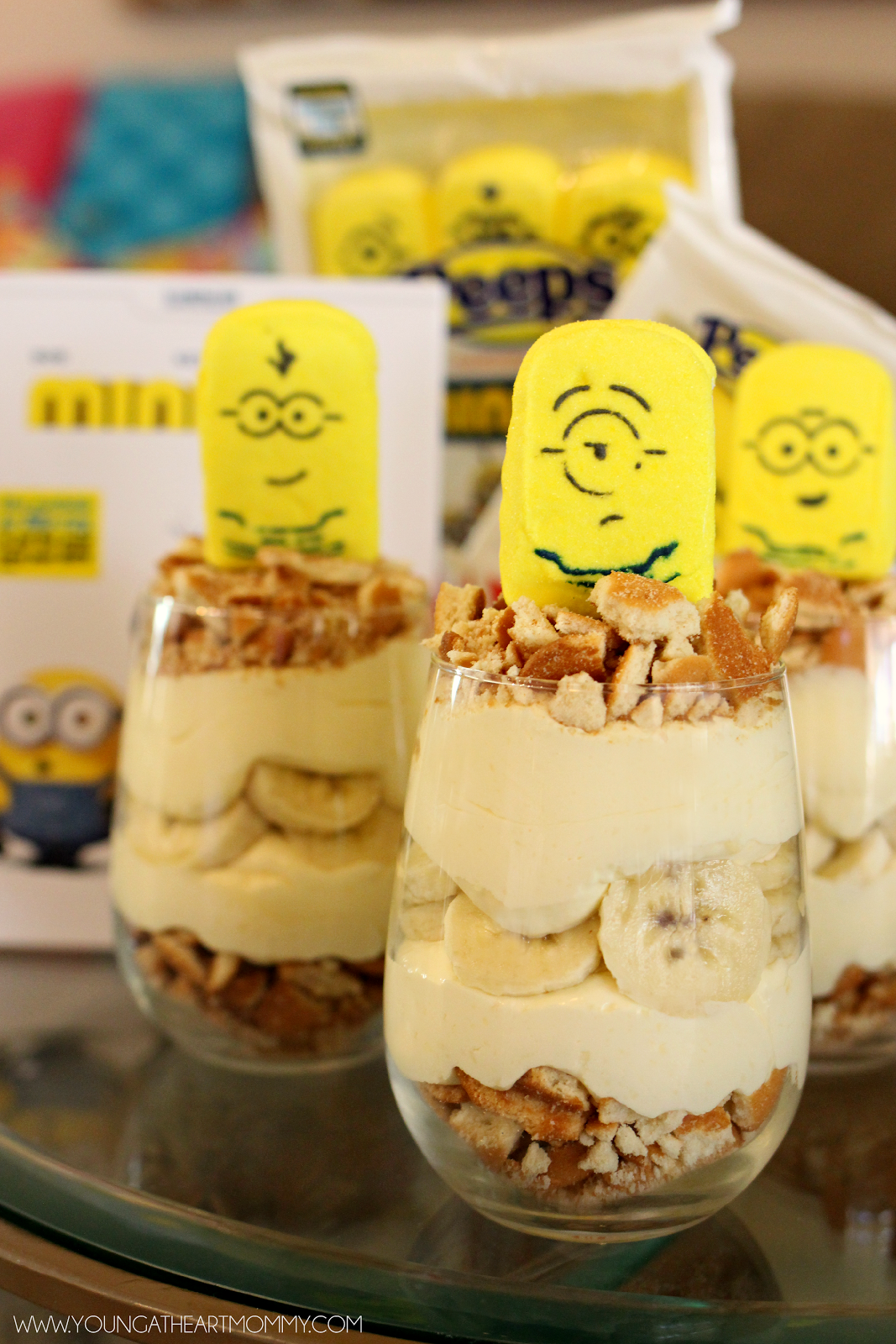 1. Use a whisk to combine pudding mix and milk together. Place in the refrigerator to chill.

3. With a rubber spatula, fold in whipped topping until mixture is fluffy.

5. Layer banana cream, bananas, and cookies until the rim of the trifle is reached. Sprinkle remaining cookies on top and add a Minion marshmallow. 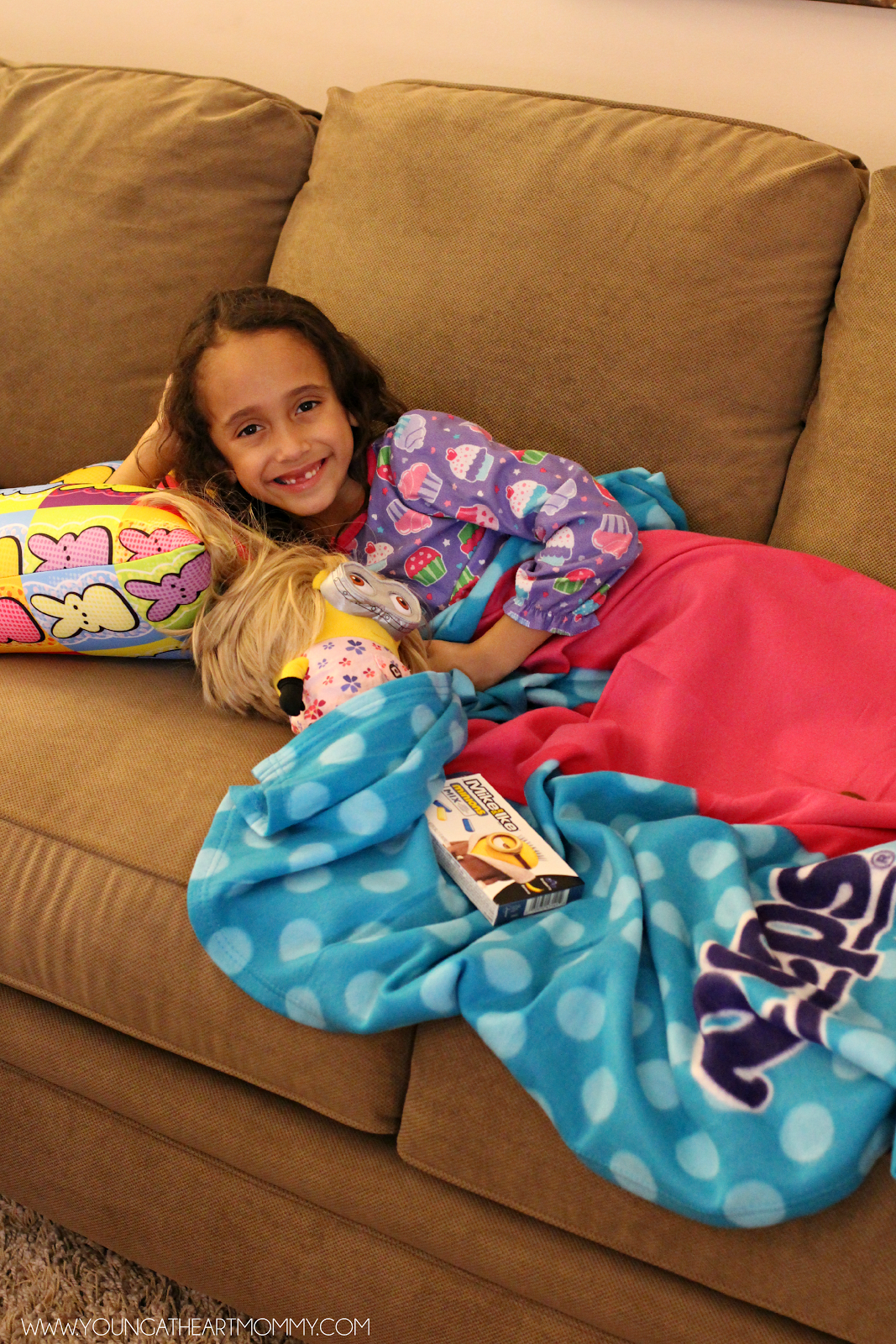 PEEPS & COMPANY® not only make movie night extra special but they are also great for holiday stocking stuffers and gifts!

Right now through 12/31/15 you can save 20% off your next PEEPS & COMPANY® purchase, no minimum required. Use the discount code SWEETINGS15 at checkout. 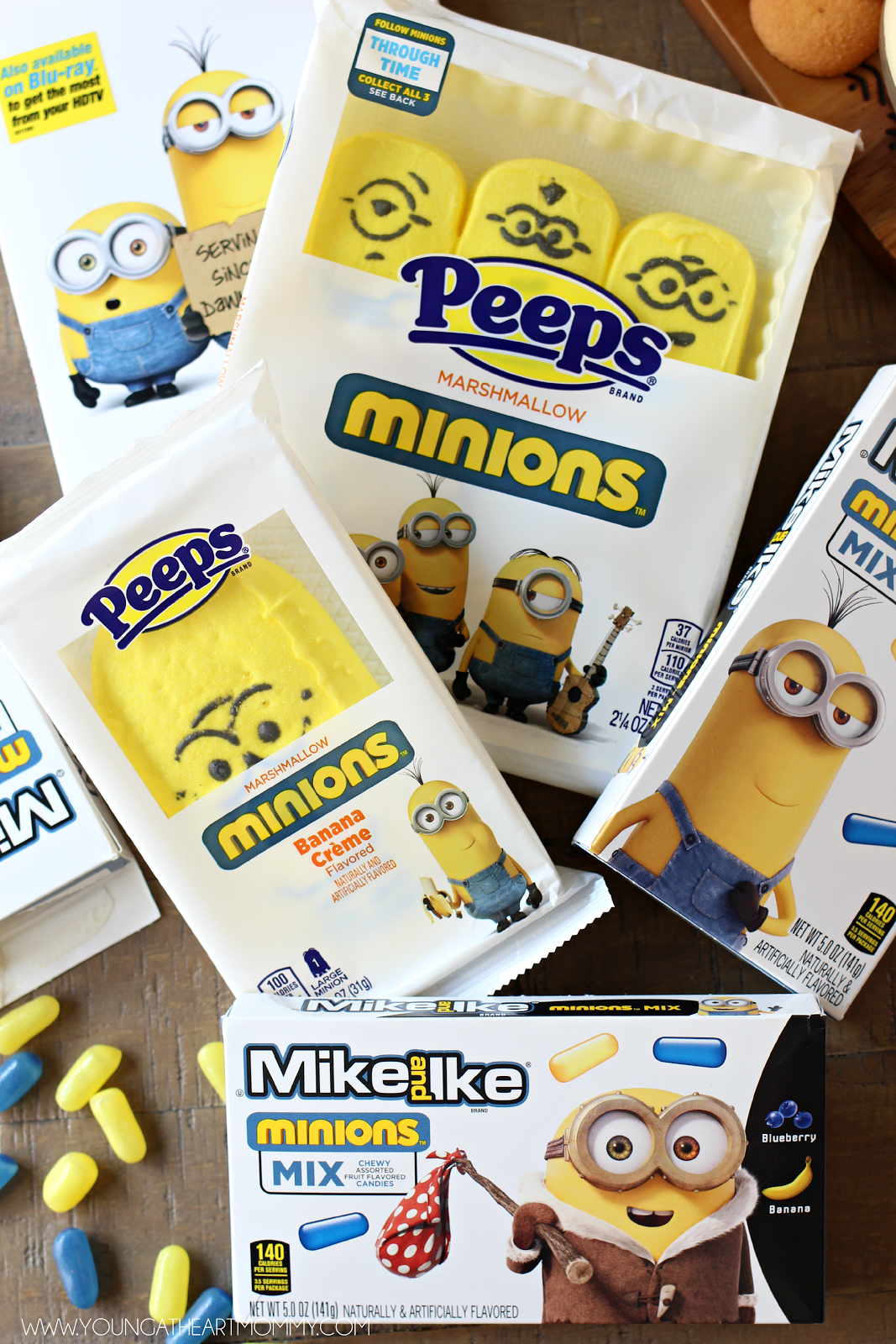 Want to win a PEEPS® Minion Prize Pack of your own? Enter below and one lucky reader will receive a box of Minion treats on their doorstep.