Disclosure: This is a sponsored post on behalf of Mom Select and LeapFrog. 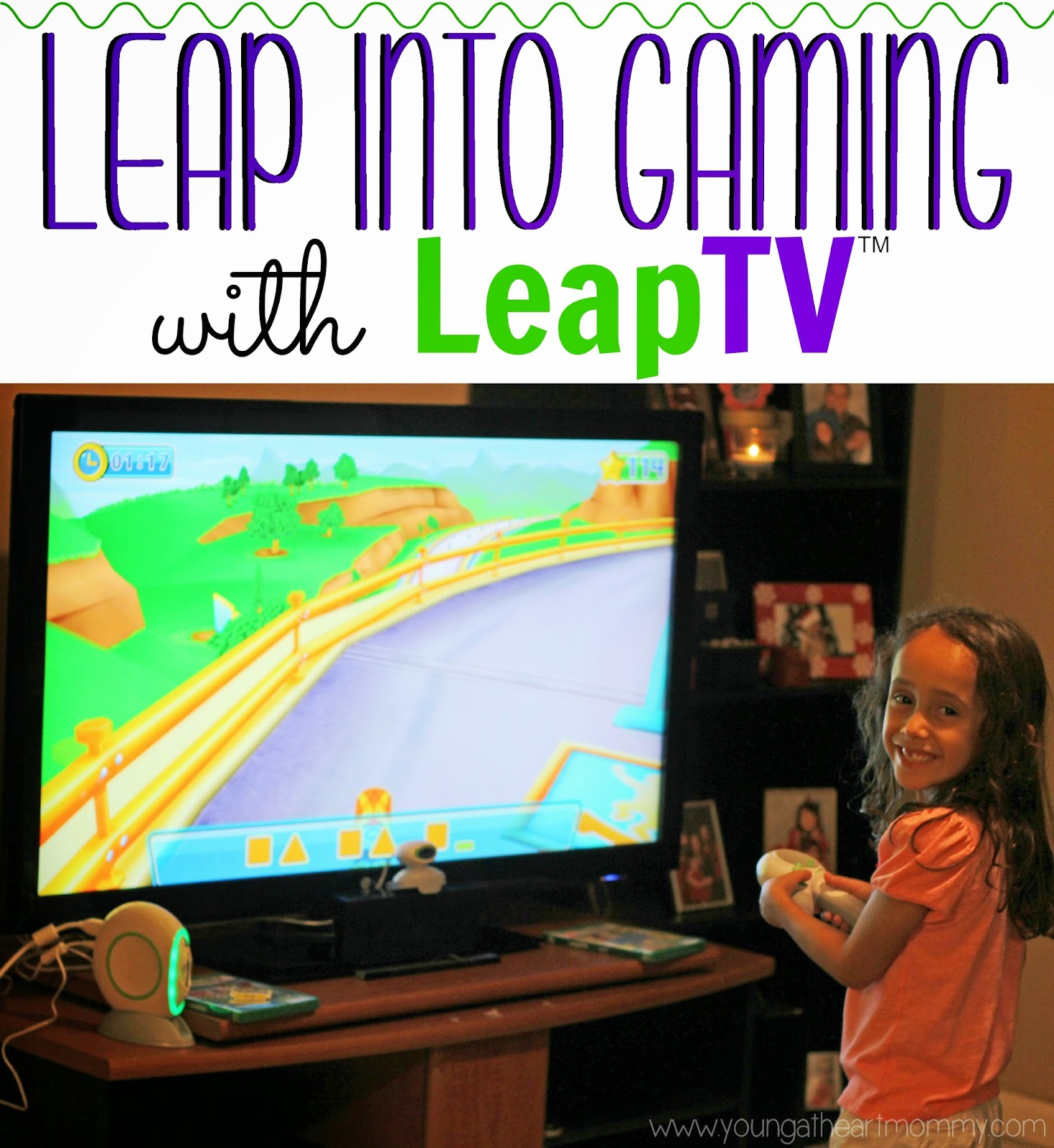 I learned a long time ago that becoming a parent meant having to combine girl’s night in with play dates and our little ones. Five years later and it’s become more that second nature to myself and my friends who do have children. For those of them that don’t they will one day learn that “girl’s night” now means pizza, animated movies, and painting tiny nails while singing along to the Frozen soundtrack.

This weekend I had the pleasure of hosting a mini mommy party at my best friend’s house to introduce the new LeapFrog LeapTV system. The LeapTV is an educational gaming system designed for kids ages 3-8. It gets kids into action while teaching core skills across a variety of subjects including reading, mathematics, science and problem solving. The LeapTV provides children with a fun way to learn while moving, grooving and even getting their dance on. Not to mention it’s a genius way to keep a room full of kids occupied and entertained! 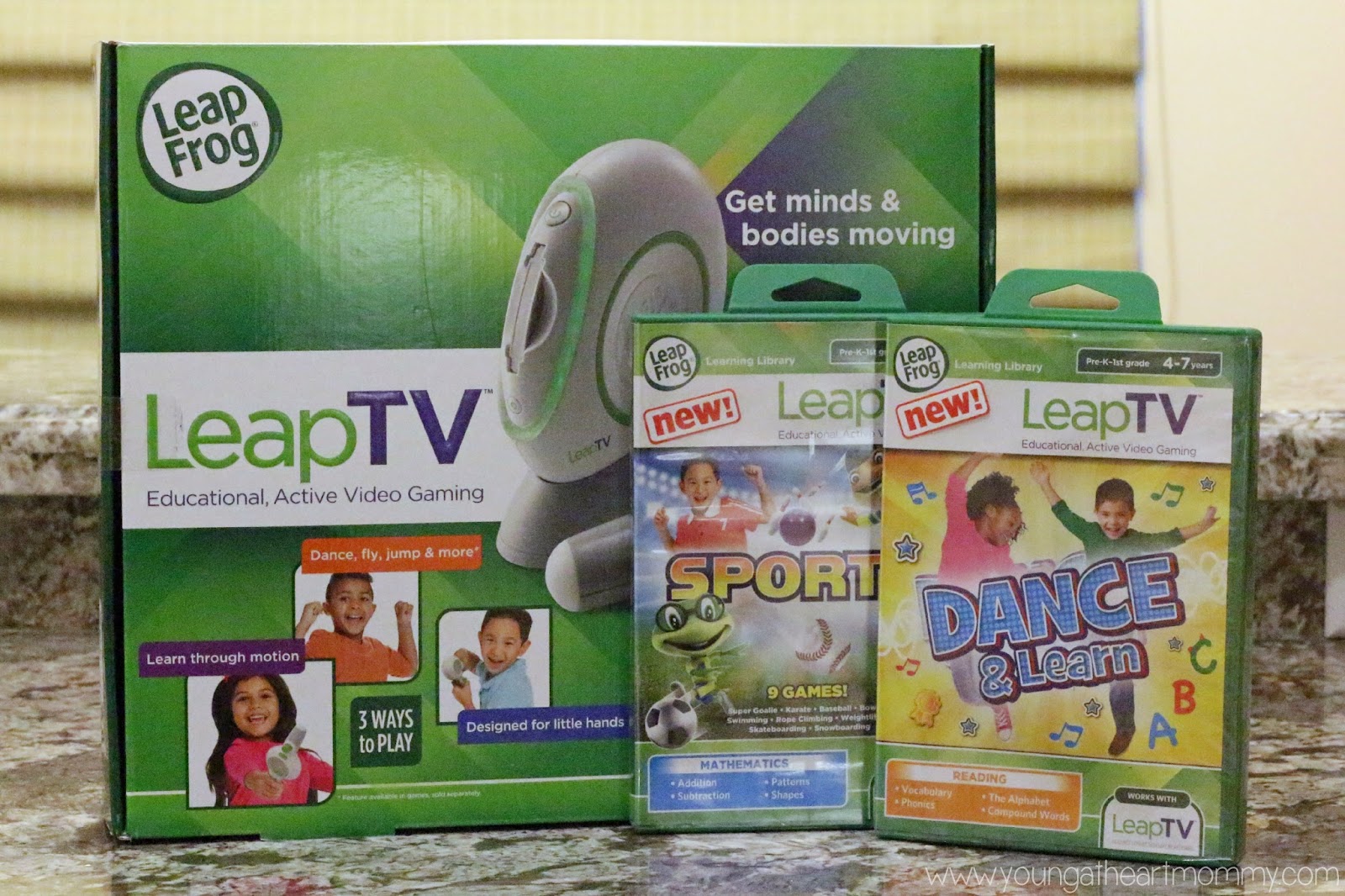 The system itself uses a motion-sensing camera and controller that is small enough to fit tiny hands during game play. The camera is centered on the bottom of the television and tracks your child’s movement as they interact with the games. Those movements control the on-screen action. Depending on what they are playing they can often see themselves in the television making the experience even more personalized. The controller itself is very easy to use and there aren’t a million buttons that need to be learned beforehand. It isn’t required for all of the games but when needed it can be tilted, shook, twisted, and turned. 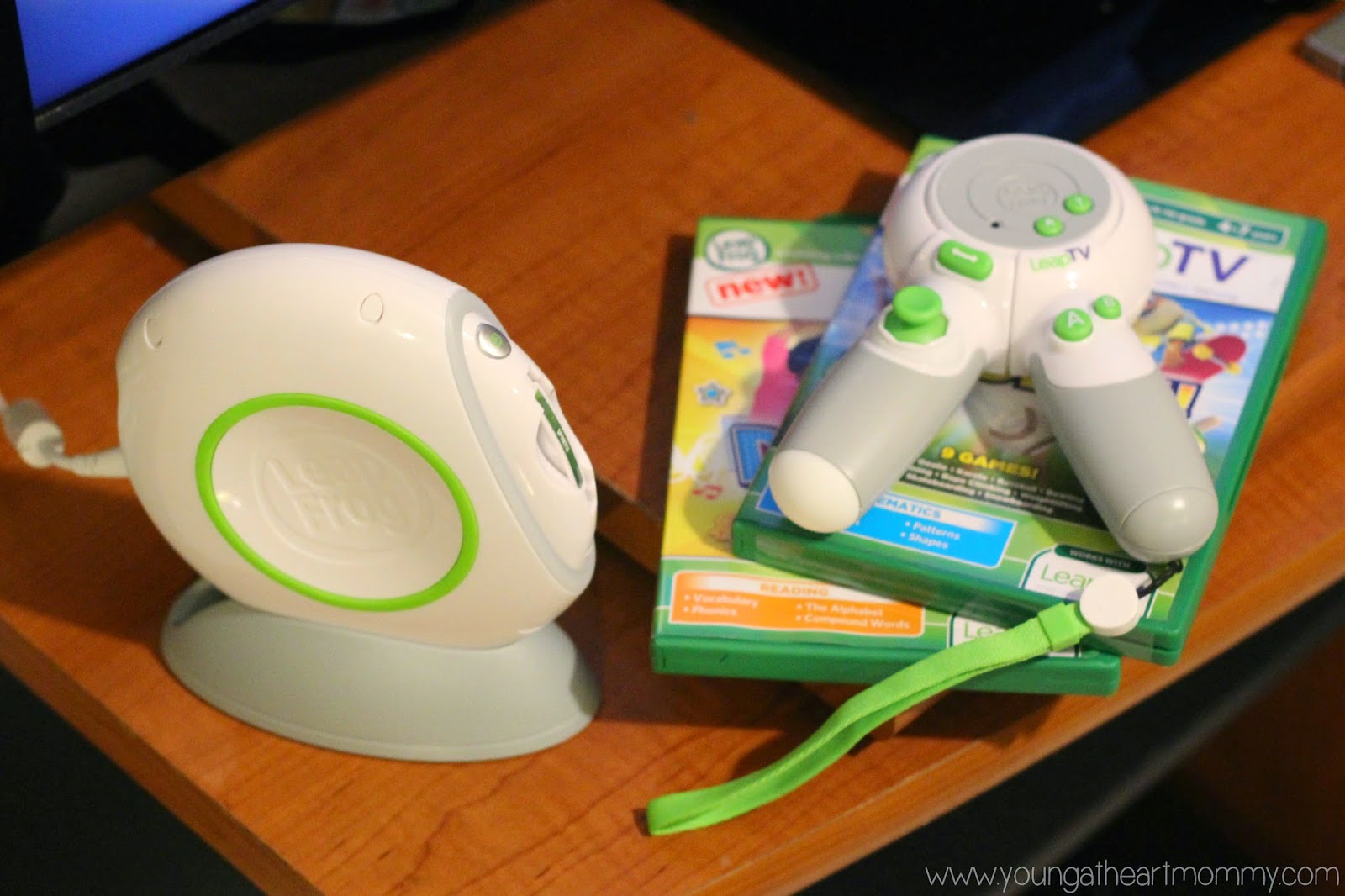 They are currently 9 cartridge games launched along with  100+ LeapFrog educator approved games and videos that will be available by the end of the year. Each of these games and the activities within them include audio instructions to make it simple for children to play solo or with a friend. We had the chance to try three different games- Pet World, LeapTV Sports!, and LeapTV Dance & Learn. 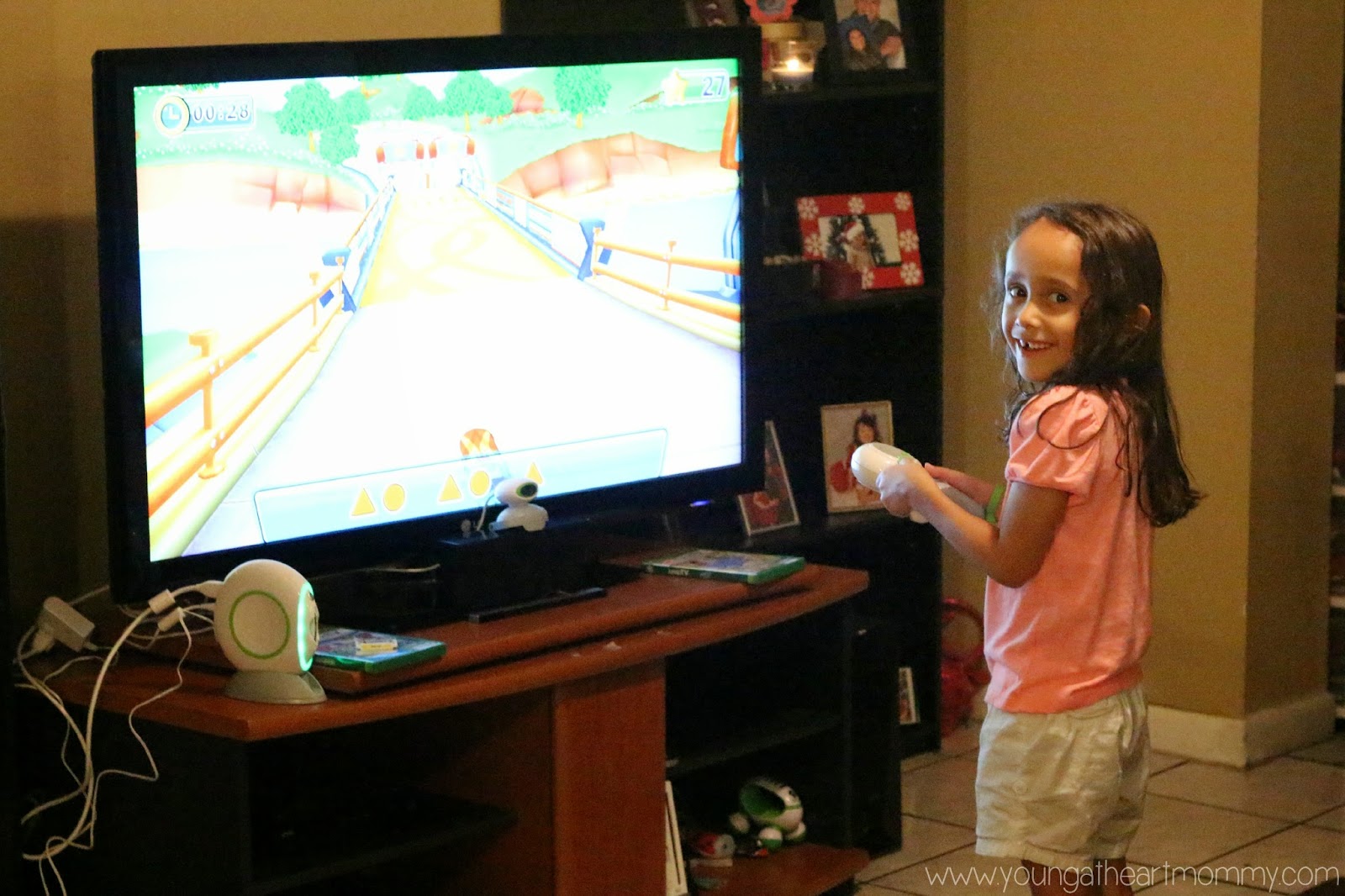 The games do adapt to each child’s level, starting with then most basic skills and the automatically adjusting the learning for the perfect challenge. The LeapTV will grow with your child as they do! When you set up the player profiles before game play you are asked to enter the child’s birthday and grade level. This ensures that they will be getting the most out of their playing experience.

The girls really enjoyed the LeapTV Dance & Learn because they were able to move and jump around as they pleased. The music was fun and upbeat which got them in the mood to dance while completing challenges. There were 9 individual games to choose from and as they were dancing their reading skills were also being sharpened! At one point we had a full blow dance party going on. 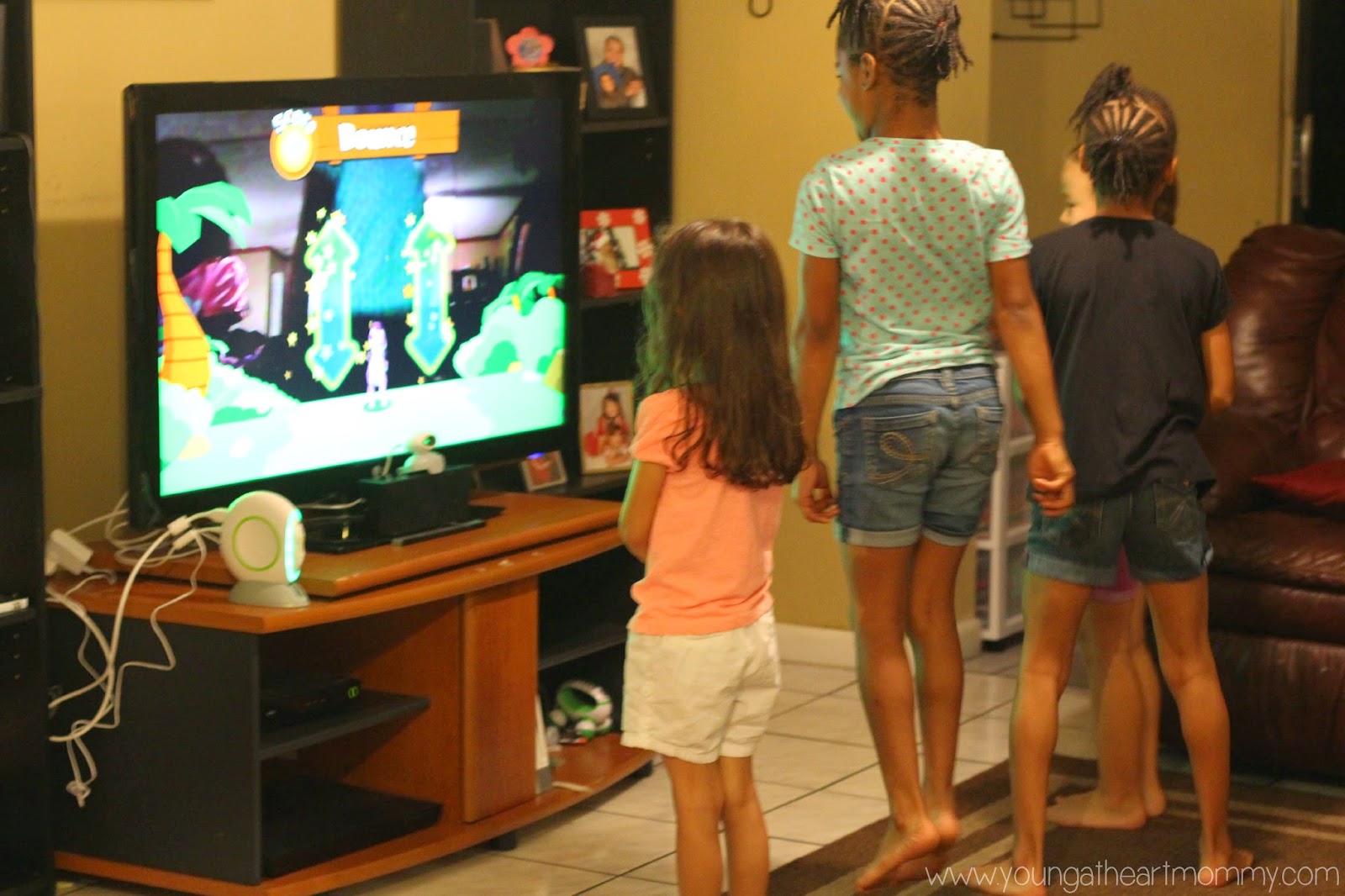 LeapTV Sports! provided just as much entertainment especially with the rope races, karate chopping, and bowling. There were nine mini sport related games to choose from so each child could choose what they wanted to play. The selection was impressive. Since the games can be played with up to four players at a time, they can even compare scores and participate in a little friendly competition. 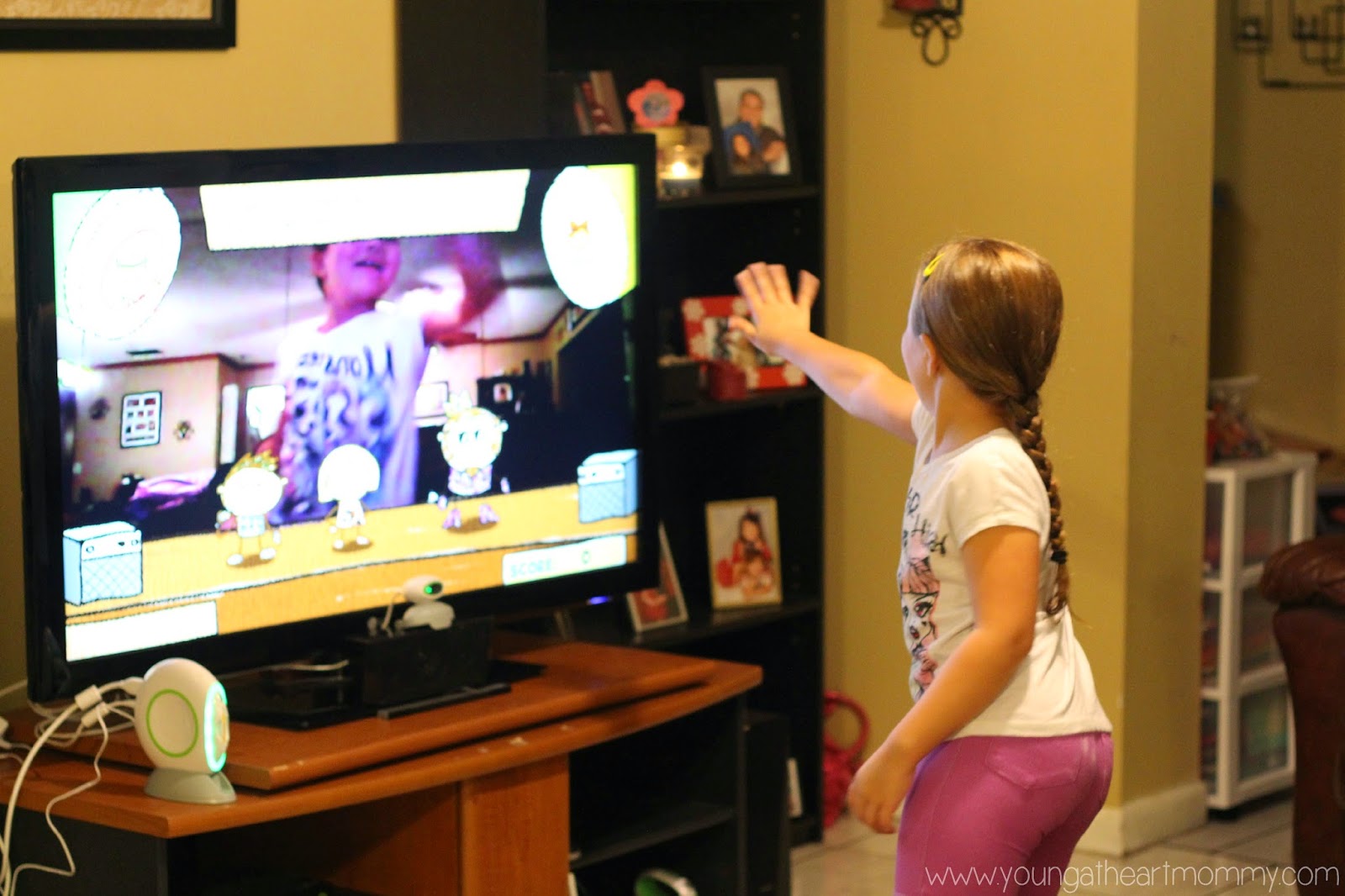 I imagine that the LeapTV is going to be one of the top toys for the holidays. It was hit with these girls and now the first thing Toodie wants to do when she gets up in the morning! Even though it is targeted for children 3-8 I feel as though it can be enjoyed at any age. Honestly, the next day I spent a good amount of time working on my own dance moves and karate chopping skills while Toodie cheered me on in the background. Your kids will be so busy laughing and enjoying themselves that they won’t even realize they are learning as they play. It’s fun, it’s addicting, and the best thing of all- it’s educational! 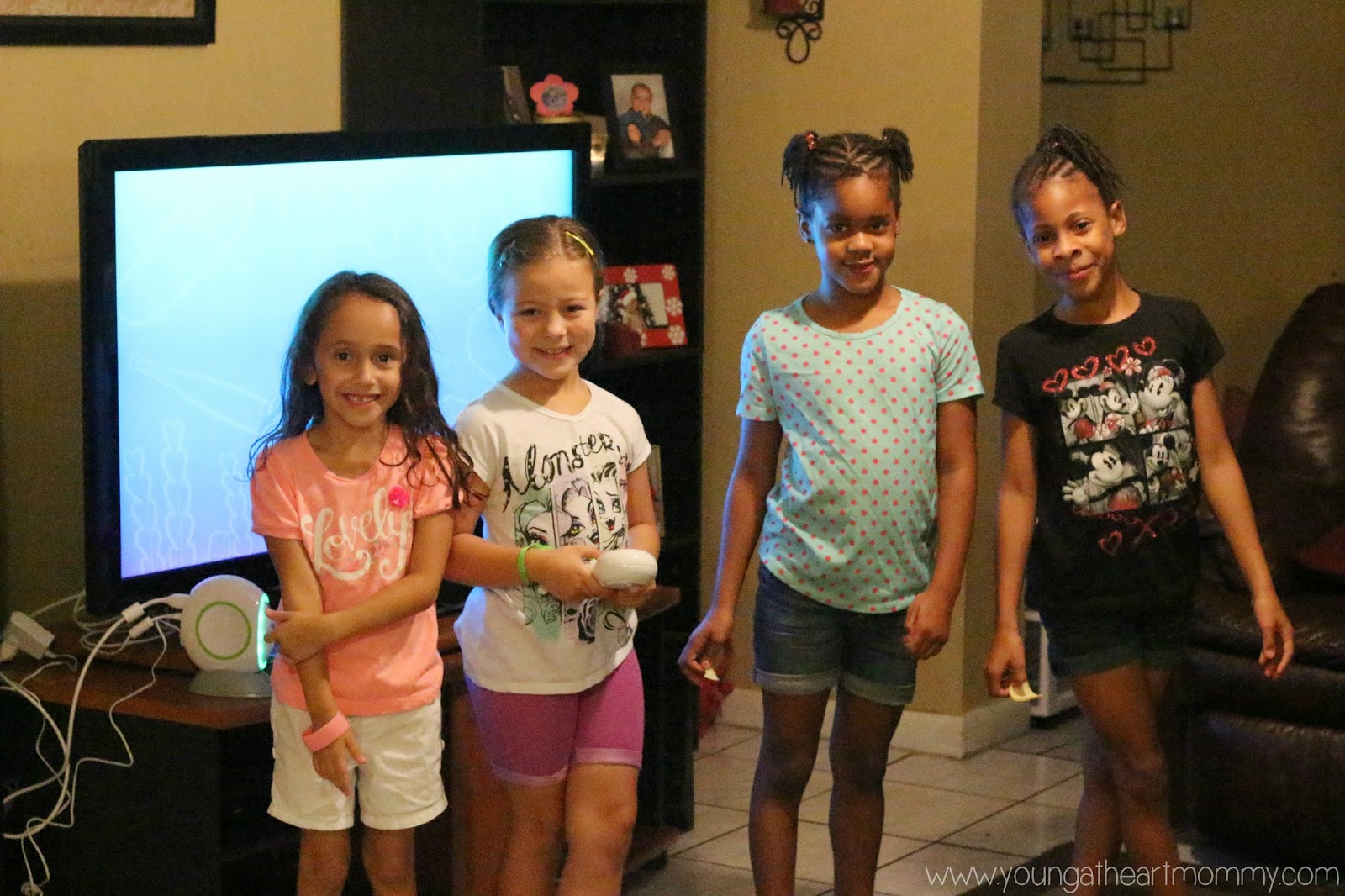 Are you ready to get minds and bodies moving? For more information on the LeapTV and where you can purchase it this season visit the official LeapFrog website here. Also, take a look a the short clip of Toodie getting her chop on while playing the karate game!

Getting our #LeapTV on tonight. I can see this is going to be the perfect solution to getting the kiddos tired for bed! #LeapFrog #MommyParties #LeapIntoGaming #spon @leapfrogofficial
A video posted by @toodiesmomma on Nov 11, 2014 at 8:04pm PST